One of a number of things I’ve thought about this month is how little (if any) praise is a part of Afghan culture.

I’ve thought about that many times.  The other day I was sitting around the “table” cloth on the floor with a large family as they ate an early meal.  My friend had cooked the neck of some sheep that her husband butchered the other day.  (Sometimes I find it hard to believe that I’m living in the Pacific Rim and not back in Pakistan!)  At the end of the meal there were bones lying around completely cleaned off.  We laughed about that.  As my friend sat there her husband said that his children call their mother a “jungle woman”.  I asked why they call her that.  It wasn’t long after that question that I noticed she got up and walked away.  I don’t remember if it was one of the teenage girls or the husband that said because she doesn’t comb her hair, she wears old clothes and doesn’t wear makeup.  Then the daughter, probably about 16 or 17 said, “My father doesn’t like my mother.”  I said that I like her.  I told them that she is so sweet and how much I enjoy working with her.  She laughs when she makes a mistake.  She is such a kind person and she has such a beautiful heart.

I, too, was put off by this lady’s appearance the first time I met her.  Her hair is stringy as if she never washes it.  She looks unkempt in her appearance.  But to know her is to see something else in her.  She is always so appreciative of anything I do for her.  She laughs at her mistakes and seems to find such delight in getting things right. 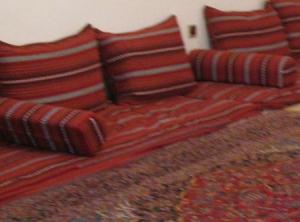 Prior to the father saying this, he said as we sat there on the floor, that his 12 year old son doesn’t do well in school.  The boy was sitting right beside his father.  He looked embarrassed as his father said this.  The dad said that his daughters are better at school than his son is and he mentioned the daughter that is the best.  I told them that I never was good in school.  I’m the oldest in my family but my sisters always did better in school than I did.  I told them that I still went on and got more education.

I told my friend, too, as I left how much she means to me and how much I love her.

How can one ever know the Father’s love if they don’t receive love and acceptance from those in their own homes?  And yet, it is constant put downs—to their faces and also in front of others.

If God uses me in no other way, I pray that my life will make a difference in peoples’ lives because I see their worth and value and try to help them see that, too.  In everything I do with the people I know I try to always see the good, encourage them and praise them.