The Baluch, once a nomadic people, lost their traditional life-style, and for survival have been compelled to settle in small villages 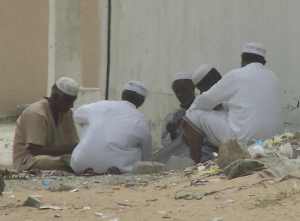 throughout the deserts and mountains of Central and South Asian countries, such as Afghanistan, Pakistan, and Iran. Many have had to leave their homes to search for work in other countries, like the United Arab Emirates or Oman, or move to other urban areas. According to the Joshua Project approximately 1/4 million Baluch currently reside in the U.A.E and 1/2 million in Oman.

In many countries, their livelihood is based on agriculture and cottage industries, such as carpet weaving, tailoring, or fishing. In the U.A.E. many of the Baluch are employed as security guards, policemen, gardeners, truck drivers, and numerous other industrial or commercial jobs. Some have been recruited by the military. Once proud of their independence, they have lost their sense of national pride due to being absorbed by three separate nations. Most of the six-eight million Baluch live in the semi-arid Baluchistan province of Pakistan, and adjoining southern Afghanistan and south-eastern Iran. Many live along the coastal areas of the Arabian Sea.

Strong, sensitive people, the Baluch have been known for centuries as great fighters. Unfortunately, much of the warfare has been 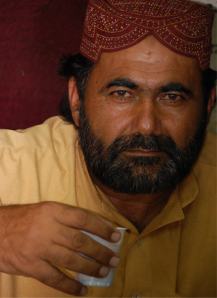 inter-tribal. Blood feuds have decimated the tribes and economic deprivation has resulted in a general loss of stature and health. They are a warm-hearted, friendly people, with high traditional values of loyalty and hospitality. According to the Ksafe website: Some have traced their origins to Nimrod, son of Cush (Noah’s grandson)….. Despite the disrupted contact with their homeland, the Baluch in the Arabian Gulf states have kept their ethnic and linguistic distinctions. Although the Baluch work extremely hard, they are much better off than they were in Baluchistan, one of the poorest areas of the world. The Southern Baluch in the Gulf countries often speak Arabic and dress much like Arabs, but they live in separate Baluch communities. Want to learn more? Watch our 5 minute Profile Video by clicking here! 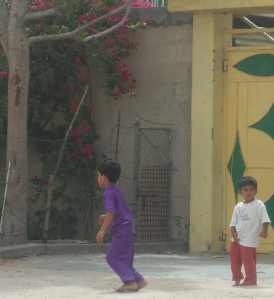 A People Worth Caring About

The Baluch, an unreached people, have not heard the truth about Jesus Christ and the salvation that comes through faith in Him. They practice a blend of Islam and folk religion, are somewhat open to the Gospel, and are curious about Christians and their beliefs. Many live in inaccessible areas where living conditions are harsh and traditional ministries are often not effective or possible. The New Testament has been translated and printed, yet so much more waits to be done. Most are illiterate, so they need oral scriptures, evangelistic teachings, and discipleship.

Request more information on how to become involved by sending an email to afgdiaspora@pobox.com